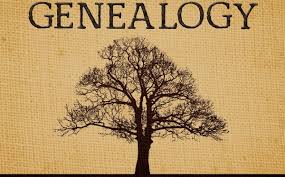 This chapter starts by giving the genealogy of Adam through Seth. Notice here that none of Adam’s children who were born before Seth are mentioned in the genealogy of Adam. This is because they (with the exception of Abel) rejected God and went their own way. They were no longer considered as children of God. They had become the children of man. Very important in this chapter is the distinction between the sons of God (through Seth), and the sons of man (through Seth’s older brothers and sisters). In Genesis chapter 4, we learned that Seth was the only known living son of Adam who worshipped God. That is why when talking about Seth, the Bible says “Seth also had a son, and he named him Enosh. At that time people began to call on the name of the LORD” (Genesis 4:26). It was Seth and his descendants who began to call on the name of the LORD.

THE GENEALOGY OF SETH: The genealogy of Seth is important because it is also the genealogy of Christ. The genealogy of Jesus according to Luke goes up in generations all the way to God: “the son of Enosh, the son Seth, the son of Adam, the son of God (Luke 3:28- NIV). In each generation, God chose a son through whom the Messiah would be born. This son is normally a person who respects and worships God. Among Adam’s many children, God chose Seth. It is not surprising why God would choose Seth; he was the only son of Adam who worshipped God and also had children of his own. Abel worshipped God but he did not have children because he was killed by Cain before he could have children.

DEATH, THE ENEMY: The description of each person in the genealogy of Adam, except for Enoch (who was taken by God), ends on this sad note: “and then he died.” Death at this moment had become a reality and a normal part of life. The concept of death is a sad reality because the original intention behind the creation of humans was not for humans to end up dead. That is why death is considered an enemy who one day will be swallowed up in victory (1 Corinthians 15:54).

However, up until after the flood,  people lived long. The person who died youngest was Lamech at the age of 777 years. Methuselah was the oldest to live at 969 years. Although they lived long, none of them reached a 1000 years. No human has ever lived pass a 1000 years. Do you remember when God told Adam that: “But of the tree of the knowledge of good and evil, thou shalt not eat of it: for in the day that thou eatest thereof thou shalt surely die” (Genesis 2:17- KJV)? What is fascinating about that statement is that a thousand years is like one day in God’s sight (Psalms 90:4). If that is the case, then because Adam died when he was 930 years old (Genesis 5:5) which is less than a 1000 years, then Adam did not grow pass one day according to God’s a-thousand-years-to-a-day calendar. Also no man has ever lived pass one day according to this calendar. Therefore, God was right. Adam died on the same day that he ate the fruit.